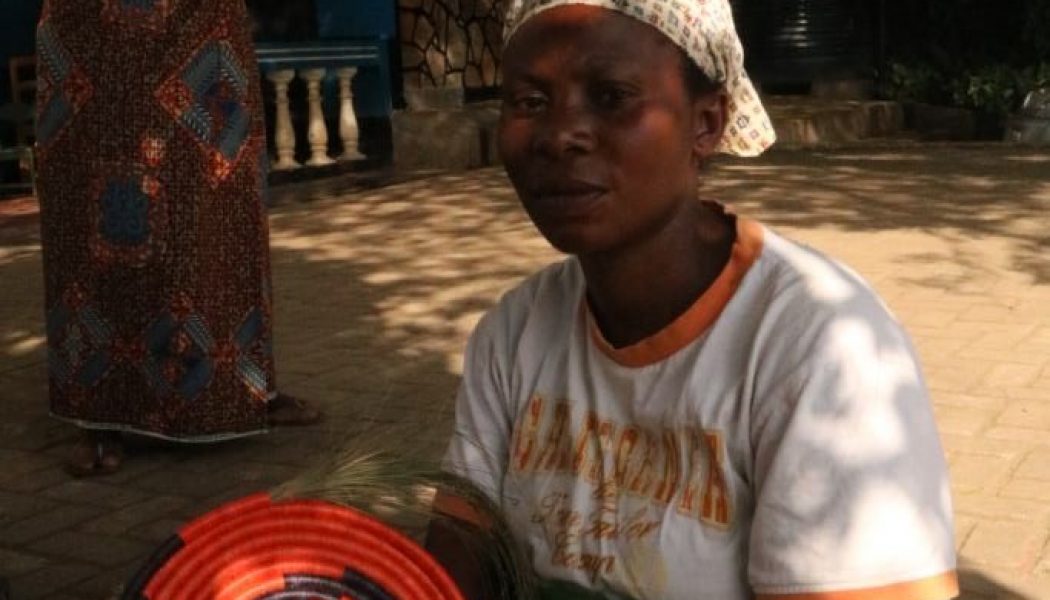 The genocide of 1994, as a result of civil war between Hutu and Tutsi, left the country ravaged and over a million Rwandans lost their lives.

The women of Rwanda are striving for a better future for themselves and their children and weave their stories, hopes and aspirations into their baskets.

Vestine is one of these ladies.

She is 38 years old, and first came to the project to the literacy class. Vestine had made it to Primary 3 in school when she was younger but boys in the family were a priority so if the money ran out for schooling the boys were given preference.  She is married to a disabled person who is a preacher.

Vestine has 5 children, two of which she has taken in – one found under the bushes whose mother was a prostitute with mental health problems and had abandoned the child.  The mother has since tried to get the child back but the child has returned to Vestine. Vestine sometimes earns money by digging garden plots for people.  Vestine’s children have passed through the project – without which, Vestine says they would be “street children”.

Vestine has a quirky artistic sense and sometimes comes up with surprising designs.

The women, as is Rwandan society, are so controlled that it has taken them years to gain the confidence to break out of the mould.  Finally some are starting to take positive steps.